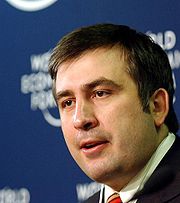 The report, commissioned by the Council of the European Union, was prepared by a group of 30 European military, legal and history experts under the head of the Swiss diplomat Heidi Tagliavini.

The report states that the war was started by the Georgian attack “that was not justified by international law”. The report says comission found no evidence to the Georgia’s claims of being invaded by Russia prior to launching an attack on South Ossetia.

The report, however, states that the Russian reaction to the Georgian attack was disproportionate. The report also claims Mikheil Saakashvili ordered the attack despite warnings from the United States not to provoke military confrontation with the Russian Federation.

Tagliavini served as Swiss Ambassador to Bosnia and Herzegovina from 2001 to 2002, and was asked by UN Secretary-General Kofi Annan to head Unomig in 2002. She served in that position until 2006, when she returned to Berne to assume the position of deputy head of the Directorate of Political Affairs in the Department of Foreign Affairs.

On 21 November 2008, it was announced that Federal Councillor Micheline Calmy-Rey, the head of the Department of Foreign Affairs, had agreed to the EU presidency’s request to have Tagliavini lead the EU investigation into the chain of events leading to the 2008 war between Russia and Georgia in Abkhazia and South Ossetia.