Archive | Democratic Republic Congo RSS for this section
May 1, 2010

DR Congo is ‘rape capital of the world’

A top United Nations official has called the Democratic Republic of the Congo the “rape capital of the world”. 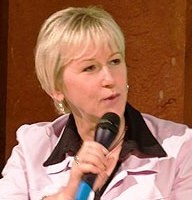 The UN’s special representative on sexual violence in conflict, Margot Wallstrom, said that the UN Security Council needs to “punish the perpetrators in DR Congo”.

The UN’s mission has been trying to combat the problem by escorting women when they go to market and working closely with the local officials. END_OF_DOCUMENT_TOKEN_TO_BE_REPLACED

Two former Norwegian soldiers are sentenced to death for murder and espionage by a military tribunal in Kisangani, Democratic Republic of the Congo.

French grew up in Re in Vestfold and has both Norwegian and British citizenship. Moland is from Vegårshei in Aust-Agder county. In May 2009, French and his partner and friend Moland were arrested in the Democratic Republic of the Congo, accused of murder and espionage for Norway.

On September 8, they were both found guilty on all accounts and sentenced to death by a military tribunal in the regional capital Kisangani. In addition to the death sentence for both, the tribunal ordered the Norwegian government to pay a USD 1 compensation to each Congolese citizen; the Democratic Republic of the Congo has an estimated population of 66,020,000. END_OF_DOCUMENT_TOKEN_TO_BE_REPLACED

After 15 years in hiding, Grégoire Ndahimana is arrested in North Kivu for the alleged murder of 2,000 Tutsi civilians during the Rwandan Genocide.

Ndahimana was among the approximately twelve war criminals from the genocide thought uncaptured, and was considered a ‘Category 1’ suspect by the ICTR, a rank reserved for the perceived masterminds of the 1994 genocide. In May 2008, the US Department of State issued a Rewards for Justice poster stating that part of a $5 million USD reward could be paid for information leading to his capture.

On August 11 2009 Ndahimana was captured by a UN-backed joint Rwandan-Congolese task force. Ndahimana had been hiding amongst, and fighting alongside, FDLR Hutu rebels, according to Congolese Information Minister Lambert Mende.

The soldiers arrested Ndahimana in a village in North Kivu after catching him by surprise while he “was coming to look for some food within the local population,” according to army spokesperson Olivier Hamuli. The arrest was announced on the following day. Ndahimana had been in hiding for 15 years, and, according to Rwanda’s justice minister Tharcisse Karugarama, was considered by the government to be “…one of the big ones.”

According to the United Nations refugee agency, 13,000 people have fled into Uganda from a rebel advance in the Democratic Republic of Congo in just two days. Some of those who crossed the border said that their relatives were killed by the rebels of General Laurent Nkunda.

Nkunda’s forces declared a ceasefire last week, but they say that this does not apply to operations against foreign militia. They are now attacking Rwandan Hutu militas.

Extra UN troops to be deployed to Congo

The United Nations Security Council has announced that it intends to send up to 3,085 more peacekeeping troops to the Democratic Republic of the Congo, despite a commitment from rebel forces to reduce their fighting.

United Nations peacekeeping forces engage in heavy fighting with rebel forces led by Laurent Nkunda in Kivu, Democratic Republic of the Congo. The conflict in and around the city of Goma.

The fighting, which started on October 27, has uprooted an additional 200,000 civilians, bringing the total of people displaced by the Kivu conflict to 2 million, causing civil unrest and large food shortages. END_OF_DOCUMENT_TOKEN_TO_BE_REPLACED

In Goma, on the eastern side of the Democratic Republic of the Congo (DRC), at least 70 people, according to officials, have died because when a McDonnell Douglas DC-9 crashed on take off yesterday.

VOA has reported that as many as 100 people could have been on board the plane at the time of its crash.

A director of Hewa Bora Airways, the airline involved in the incident said that “we [the airline] have managed to save most of the passengers who have been evacuated to hospitals.”

Naomi Schwarz, a journalist on the scene described the incident. “The whole top of the plane is ripped off and the two buildings next door are pretty much destroyed too. People are carrying buckets full of water to try to put out the fire. Just buckets they found on the streets,” she said.

As of 08:00 UTC, the majority of the Hewa Bora website was not available.