Sancho IV, King of Castile and León, established the Studium Generale what is now the Complutense University of Madrid, today one of the top public universities in Spain. 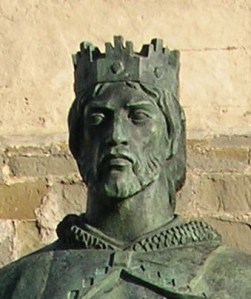 In 1499, Pope Alexander VI granted the request of one of its former pupils, Cardinal Cisneros, to convert it into a full university; the Papal Bull renamed the institution Universitas Complutensis.

In the 1509-1510 school year, the Complutense University operated with five faculties: Arts and Philosophy, Theology, Canon Law, Philology and Medicine.

The University flourished in the 16th century, especially under the early benefaction of Cisneros who, as Archbishop of Toledo, was able to endow it richly.

Cisneros attracted many of the world’s foremost linguists and biblical scholars to Alcalá to produce the magnum opus of the University, the Biblia Políglota Complutense or Complutensian Polyglot Bible, printed in five massive volumes (including a popular glossary volume) complete in 1517, but delayed publication by Papal order until 1520 (distribution probably later in 1522). END_OF_DOCUMENT_TOKEN_TO_BE_REPLACED 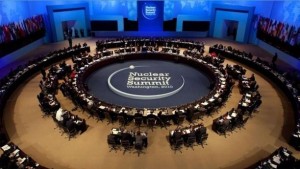 The Summit is the largest gathering of heads of state called by a United States president since the 1945 United Nations Conference on International Organization. Delegations from forty-six governments plus the United States are attending, thirty-eight of which are represented by heads of state or government. END_OF_DOCUMENT_TOKEN_TO_BE_REPLACED

British Airways (BA) and the Spanish airline Iberia have signed a merger deal, which will create one of the largest air carrier groups in the world.

The two announced the merger yesterday, and said that the deal, which has been expected for a long time, is to be implemented by the end of 2010. The move will make a group with a market value of US$8 billion. The deal has been negotiated since July 2008.

Under the plan, both companies keep their own brands and operations, but will be owned by International Airlines Group, a new holding company. It will be listed in London, but taxed in Spain. END_OF_DOCUMENT_TOKEN_TO_BE_REPLACED

According to revised official figures, the economy of the eurozone, the sixteen European countries using the euro, did not grow at all in the final quarter of last year. Eurostat reports that the number was revised from an initial figure of +0.1%. 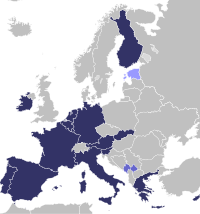 Meanwhile, the eurozone’s lost more than 2.2% in a year-on year comparison, more than the initial estimate of 2.1%.

According to the numbers, Ireland saw an output drop of 2.3% in the last quarter of 2009, while Greece, the country in the eurozone with the most debt, had its economy contract by 0.8%. Italy was down by 0.3%, Germany saw no gain, but France posted a 0.6% quarterly growth.

The Associated Press reports the stagnation was unexpected by analysts, and will only reinforce expectations that the European Central Bank will keep the key interest rate at one percent for most of 2010.

Under the terms of the Adams-Onís Treaty, Spain sold Florida and other North American territory to the United States for about US$5 million.

In the agreement, the U.S. received the territorial rights to Spanish Florida (British East and West Florida) in exchange for payments by the United States of residents’ claims against the Spanish government up to a total of $5,000,000 and relinquishing its own claims on parts of Texas west of the Sabine River and other Spanish areas. END_OF_DOCUMENT_TOKEN_TO_BE_REPLACED

Spanish voters passed a referendum on the ratification of the proposed Constitution of the European Union, despite the lowest turnout in any election since the transition to democracy in the 1970s.

The result was a landslide victory for the “Yes” campaign, with 77% of voters in favour. Turnout, however, was only 42% of the electorate—by far the lowest in any election since the restoration of democracy in the 1970s. END_OF_DOCUMENT_TOKEN_TO_BE_REPLACED

A U.S. Air Force B-52 Stratofortress collided with a KC-135 Stratotanker during aerial refueling over the Mediterranean Sea, dropping three hydrogen bombs near Palomares in the municipality of Cuevas del Almanzora, Andalucía, Spain. 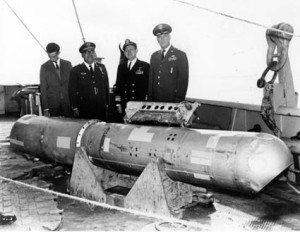 The bomb on the deck of the USS Petrel

The KC-135 was completely destroyed when its fuel load ignited, killing all four crew members.

The B-52G broke apart, killing three of the seven crew members aboard.

Of the four Mk28 type hydrogen bombs the B-52G carried, three were found on land near the small fishing village of Palomares in the municipality of Cuevas del Almanzora, Andalucía,Spain.

The non nuclear explosives in two of the weapons detonated upon impacting the ground, resulting in the contamination of a 2-square-kilometer (490-acre) area by radioactive plutonium. The fourth, which fell into the Mediterranean Sea, was recovered intact after a 2½ month-long search.

The Reconquista ended when the forces of Queen Isabella I of Castile and King Ferdinand II of Aragon defeated the armies of Abu ‘abd-Allah Muhammad XII of Granada, the last of the Moorish rulers. 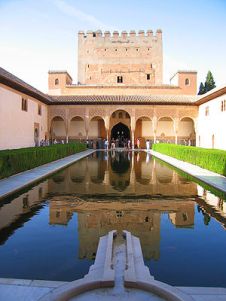 The Islamic conquest of the Christian Visigothic kingdom in the eighth century (begun 710 – 712) extended over almost the entire peninsula (except major parts of Galicia, the Asturias, Cantabria and the Basque Country). By the thirteenth century all that remained was the Nasrid Kingdom of Granada, to be conquered in 1492, bringing the entire peninsula under Christian leadership. END_OF_DOCUMENT_TOKEN_TO_BE_REPLACED