Access to search engine Google has been limited and most of Google’s online services cannot be accessed in Turkey.

The access limitation happened due to the blocking of an IP set that belongs to Google. These IP addresses were shared between YouTube and other Google services.

The shut-off came after the banning of YouTube for alleged insults against Turkish Republic founder Mustafa Kemal Atatürk. TCP released an official statement Friday, saying it had blocked access to some Google IP addresses “because of legal reasons”. Under Turkish law, it is an offence to “insult Turkishness.” END_OF_DOCUMENT_TOKEN_TO_BE_REPLACED

The siege lasted from Thursday, 5 April 1453 until Tuesday, 29 May 1453 (according to the Julian Calendar), when the city fell to the Ottomans.

The event marked the end of the political independence of the millennium-old Byzantine Empire, which was by then already fragmented into several Greek monarchies.

Following his accession to the Ottoman throne, Mehmed had been applying pressure on Constantinople and the Byzantines by building forts along the Dardanelles. END_OF_DOCUMENT_TOKEN_TO_BE_REPLACED

In Turkey, a military coup removes President Celal Bayar along with Adnan Menderes and some other government and party members to a military court on the tiny island Yassiada in the Sea of Marmara on June 10 of the same year. 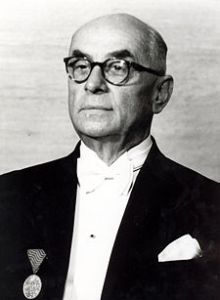 He and 15 other party members were tried for violating the constitution and sentenced to death by the High Court of Justice on September 15, 1961.

The ruling military committee approved the death sentence for Menderes, Zorlu and Polatkan, but the punishment for Bayar and other 12 party members was commuted to life imprisonment. Bayar was sent to jail in Kayseri, but he was released on November 7, 1964 due to ill health.

Bayar was pardoned in 1966. Full political rights were restored to him in 1974, but he declined an invitation to become a life member of the Senate, on the grounds that one can represent the people only if elected. END_OF_DOCUMENT_TOKEN_TO_BE_REPLACED

Iran, Turkey, and Brazil emerged with an agreement yesterday from talks regarding Iran’s nuclear program. 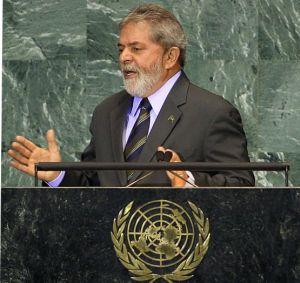 The eighteen-hour discussion in Tehran yesterday included Brazilian president Luiz Inacio Lula da Silva, who acted as a neutral broker in the deal.

Prior to the meeting, many had thought the chance of an agreement slim. Iran, however, seemed to be open to new ideas. Iranian atomic director Ali Akbar Salehi said Saturday that “things are moving along positively” in regard to such proposals. Iran had originally refused to trade its uranium, but seemed to indicate last week that it had changed its mind. END_OF_DOCUMENT_TOKEN_TO_BE_REPLACED

The Armenian Genocide in the Ottoman Empire began with the arrest and deportation of hundreds of prominent Armenians in Constantinople.

The genocide (Armenian: Հայոց Ցեղասպանություն, Turkish: Ermeni Soykırımı),  refers to the deliberate and systematic destruction (genocide) of the Armenian population of the Ottoman Empire during and just after World War I.

It was characterized by the use of massacres, and the use of deportations involving forced marches under conditions designed to lead to the death of the deportees, with the total number of Armenian deaths generally held to have been between one and one-and-a-half million. END_OF_DOCUMENT_TOKEN_TO_BE_REPLACED

The Summit is the largest gathering of heads of state called by a United States president since the 1945 United Nations Conference on International Organization. Delegations from forty-six governments plus the United States are attending, thirty-eight of which are represented by heads of state or government. END_OF_DOCUMENT_TOKEN_TO_BE_REPLACED

Turkey has recalled its ambassador to Sweden after the Swedish Parliament voted to describe Turkey’s killings of Armenians in World War I as “genocide”.